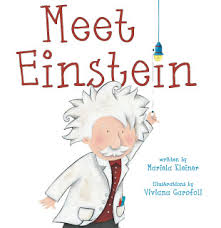 I recently read that almost every single Kindergardener will raise her hand when asked, "Who is an artist?"  Yet by fourth grade, only a few hands go up when the same question is asked.  Clearly something gets in the way of creativity between those years--thanks to a bit of insecurity, a sprinkling of poor peer review, and a heavy dose of knowing what a Real Artist is and does and makes.  Kids get intimidated out of being an artist when, at their core, they still are.

I've yet to meet a kid--and with three kids, I've met a whole lot of 'em--who isn't curious.  A kid who doesn't look up and down and all around and just...wonder.  Ben is my thinker-outloud-er and he lets me know of all his wonderful wonderings.  Constantly.  An afternoon with him surely includes approximately 3,852,992* questions and half that many observations.  While it definitely infuriates my grown-up self that he often doesn't care about the answer to most of these questions (that I so dutifully and thoroughly think up!), it's his curiosity that I appreciate, that I really try my utmost to encourage.

This book helps with both of the things I've pointed out.

The book offers two simple explanations of what scientists DO: "Scientists like to ask lots of questions" and "Scientists make lots of discoveries."  No intimidating, exclusive definitions here.  While reading this book, Ben and Lorelei suddenly realized that they WERE SCIENTISTS!  Holy smokes!  They, too, like to ask lots of questions and they, too, make lots of discoveries.  POOF!  Scientists!  No expensive, time-consuming PhDs necessary.

With the help of a very simple introduction to Albert Einstein and what his major contributions were--his many discoveries of light and his insights about gravity--my kids realized that science is a natural thing that they do every day.  It is a natural extension of their own way of thinking about and exploring  the world around them.  Garofoli's simple and welcoming illustrations just add to the feeling that OF COURSE kids are all scientists.  Now my kids are armed with this confidence as they explore our woods, splash around our creek, figure out cause and effect, and make preschooler-sized predictions about their world.  (As I edit this, they are watching what happens when you put an ice cube in a cup of warm tea...)

Now, if only I could help them feel this confident in their scientific capabilities in middle school and beyond...  At the very least, I'm laying the groundwork for it.

Earlier in the year, my sister planned a science-themed birthday party for her twin girls who turned 6.  (Ever the entertainer, my sister has yet to plan and throw an unsuccessful, unfun party!)  Her husband was the crazy scientist, complete with a few chuckle-worthy mistakes in the experiments he was leading.  But the kids, dressed in plain white t-shirts cut open to be lab coats, each with their own personalized "doctor" name tag and safety goggles, hung on his every word.  They did a few kitchen science experiments; they giggled in awe as their volcano overflowed, the stuff floated in the fizzy water, and the made gooey slime to gross out their parents.

Doesn't it make you want to be a kid again?

(And isn't that what parenting is all about?  Your own personal do-over, re-appreciating it the second time around...)

* My Dad, when he read this, asked how I got this precise number of questions.  "One day, I counted," I retorted.  Ha!